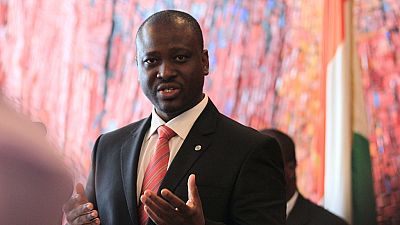 A court in Burkina Faso announced on Monday that it was withdrawing its arrest warrant against the president of the Ivorian National Assembly, Guillaume Soro, for his alleged involvement in the failed coup in September 2015, but asked the Ivory Coast to continue the probe under another procedure known as “denunciation”.

This announcement was made during a press conference by the Burkinabe Government Commissioner, Alioune Zanre.

“With regard to Mr. Guillaume Soro, the floor (military court) opted for the denunciation procedure (and) as we have denounced the facts, we do not have jurisdiction to issue an arrest warrant against Mr. Guillaume Soro,” Zanre is quoted to have said.

With regard to Mr. Guillaume Soro, the floor (military court) opted for the denunciation procedure (and) as we have denounced the facts, we do not have jurisdiction to issue an arrest warrant against Mr. Guillaume Soro.

Mr. Zanre also said that Burkina Faso has difficulty enforcing the arrest warrant against the former head of the Ivorian rebellion because of the “principle that no state extradites its national”.

Another obstacle mentioned by the latter, was the fact that Interpol will not execute mandates for political offenses or special courts such as the military court.

A total of 75 people have been charged for their alleged involvement in the coup, accused of offences such as “bombing, murder, murder complicity, criminal conspiracy, treason, rebellion, kidnapping and unlawful confinement, crime against humanity “or complicity of those offenses. Fifty were jailed.

The Ivory Coast had in the past criticized the decision to issue arrest warrant for the National Assembly speaker, the Ivorian parliamentarians also called for a withdrawal of warrant.

The latest decision by the Burkinabe authorities effectively lays the matter to rest because analysts doubt if the Ivorian authorities would take up the denunciation procedure that the Burkinabes are talking about.