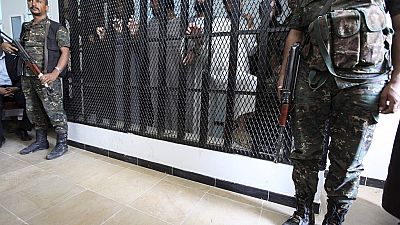 A Nigerian man sentenced to death for the murder of a policeman in Saudi Arabia was beheaded on Sunday.

This is the 95th execution in Saudi Arabia since the beginning of the year, according to AFP.

Houssaoui Fahd, the accused, was convicted for strangling and hitting the head of the Saudi policeman against the ground several times until he died, Saudi Interior Ministry said in a statement released by Saudi news agency SPA.

He was executed in the city of Taif, southwest of Riyadh, the ministry added.

Amnesty International has however expressed concern about the rising number of executions in Saudi Arabia.

The organisation warned on Friday that if the killings continue, Saudi Arabia has killed more than 100 people in the first six months of this year.

In 2015 alone, 153 people were executed in Saudi Arabia, the highest in 20 years, governed by Islamic law.