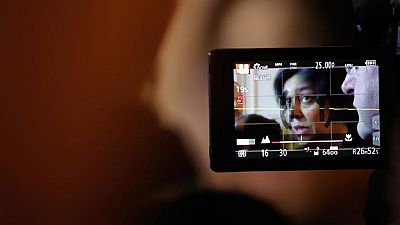 Three foreign journalists have been attacked in the Republic of Congo whiles covering events surrounding the declaration of results from the country’s just ended presidential polls.

Two journalists from the AFP and another from Le Monde suffered the attacks. The three according to reports were manhandled in the capital Brazzaville and their equipments seized.

Jean Phillipe Remy, Le Monde’s Africa Bureau Chief tweeted that; Christophe Chatelot, who is Le Monde’s special envoy in Congo Brazzaville was beaten up, his notepads and passport were seized after an opposition organized press conference.

The opposition parties in the country earlier in the day denounced the release of partial results that indicated that incumbent Sassou Nguesso was in the lead and likely to win the March 20 polls.

The Electoral body at a press conference yesterday disclosed that with 72 out of 111 polling districts collated so far, Sassou Nguesso was in the lead with 67% of the votes. They noted however that tallies from opposition stronghold of Pointe Noire had yet to be added.

Pockets of protests have been developing especially in the capital and there has been a heavy police and military presence in most parts of the country. The Government has still maintained a communication blackout which has seen mobile and internet services withheld four days now.

A letter from the Government had directed MTN Congo and Airtel Congo to cut communication for the election day and the day after (20 and 21 March) but three clear days after, services are yet to be restored and no communication has been made to when that would be rectified.