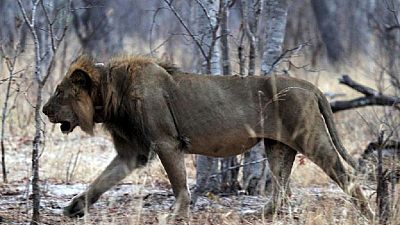 In the green environments of the Yankari Game Reserve, an unquenchable desire to head count wild animals exists.

A constant aggression is led by many persons including Martial Kiki.

The 31-year-old researcher from the Republic of Benin on a normal day plays the sound of a distressed buffalo calf over a megaphone, hoping to lure lions and buffalos to come to the main forest land.

The whole idea is to get a decent head count of the creatures.

But despite broadcasting 29 hours of calls and trekking 150 kilometres (more than 90 miles) through Yankari looking for tracks, Kiki hasn’t seen one lion yet.

“I expected to see more than this,” Kiki told news agency AFP.

“The situation has become worse. There has been no response, no tracks,” he said, inadvertently likening the situation to one of the darkest scenes from Disney’s “The Lion King.’‘

There are only two areas in Nigeria home to lions: Kainji Lake National Park, in the northwest, where some 30 cats are living, and Yankari, where researchers believe there are just under five.

Searching for the last lions in Nigeria : “The situation has become worse. There has been no response, no tracks” -… https://t.co/jfJjo5PXBM

In all, some 400 lions reside in the West Africa region, the International Union for Conservation of Nature (IUCN) says.

Most West African parks with lions operate on a budget of just $36 per square kilometre.

While enough work is required to carry out these census, Kiki and his team of wildlife officials are careful not to get hurt in the wild world of the lions.

“We shot to scare them but instead of them trying to run away, they shot us.”