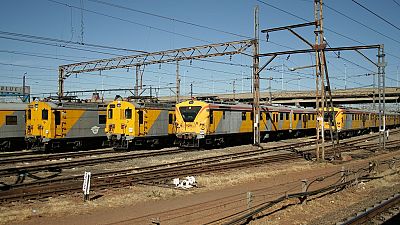 French multinational company, Alstom is to build a factory in South Africa for the manufacture of 580 commuter trains to connect the country’s cities.

The project is a joint venture between Alstom and Gibela, a South African rail company.

Alstom in 2013 signed a 51 billion rand contract to provide 600 trains over 10 years with Gibela expected to carry out maintenance works for 19 years.

The plant to be operated by Gibela, the South African joint venture of Alstom, is expected to create 1,500 jobs – a move hailed by South Africa’s Transport Minister, Dipuo Peters as “a catalyst for improving our infrastructure and for our economic development”.

60 percent of the equipment to be used for the project are to be purchased in South Africa.

The first twenty trains were built in Brazil and two of them were delivered to South Africa in late December.

The plant is expected to be operational within 18 months and produce its first trains in South Africa in two years, according to the CEO of Alstom.

The South African rail network, neglected under apartheid, has been in working order since the fall of the apartheid regime in 1994.