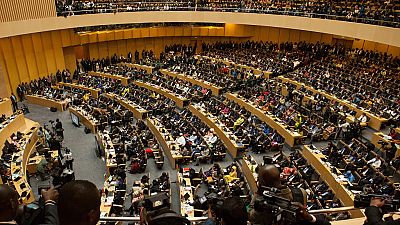 Chad’s president Idriss Itno Déby has taken over from Zimbabwe’s Robert Mugabe as the new chair of the African Union (AU).

“I accept this task with pleasure, but with a little agony as the responsiblity you entrust in me is heavy and fraught with challenges,” Deby said, in speech at the opening of the 26th AU Summit Addis Aaba, Ethiopia.

The Burundi crisis, Boko Haram, Al Shabaab and a new leader are some of the issues African leaders will be looking to tackle.

The ongoing crisis in Burundi is one of the issues, top of the agenda.

The organisation is also scheduled to tackle a broad agenda centred on women’s empowerment and infrastructure development.

But the ongoing crisis in Burundi is one of the issues, top of the agenda.

And for the first time in the history, the organisation will be considering whether or not to send peacekeepers to Burundi against its will. The decision will be made according to article four of the AU Charter. The vote this weekend needs to be passed with a two-thirds majority for the so-called African Prevention and Protection Mission in Burundi (MAPROBU) to be authorized.

The crisis in South Sudan, where a civil war is tearing the young country apart, is also expected to be discussed.

President Salva Kiir and rebel leader Riek Machar signed a peace deal in August but both sides have consistently broken a ceasefire, while human rights violations have “continued unabated and with full impunity,” the U.N. has said.

The two-day summit, which will end on Sunday evening, will be preceded by a meeting of African foreign ministers.