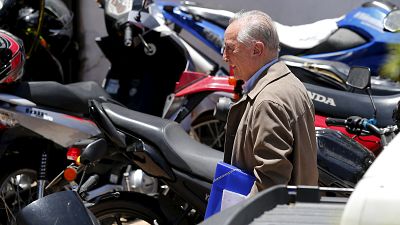 Fifa’s untidy past continues to unravel and Uruguay’s Eugenio Figueredo, former vice-president of FIFA is the latest culprit. He has been charged with fraud and money laundering in his country for receiving $ 50,000 a month “illegally” from companies which marketed sports rights, reports say.

“According to the evidence gathered,” wrote Adriana de los Santos, the judge in charge of the case on Uruguay’s justice ministry website (www.poderjudicial.gub.uy), “it appears that Mr. Figueredo illegally collected large sums of money from companies which marketed the sporting rights during different football competitions.”

Figueredo was the vice-president of Conmebol from 1993 to 2013, during which he became president of the organization. He also led the Uruguayan Football Association (AUF) between 1997 and 2006.