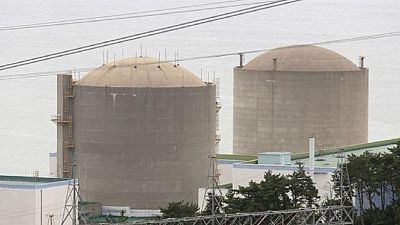 South Africa has started a process that could lead to it adding up to 9,600 megawatts of nuclear power to its national grid.

The country’s department of energy said Sunday that the cabinet had earlier this month given the green light to issue a request for proposals from the nuclear industry, which would be put to the cabinet for approval before a request was issued for formal bids.

It gave no time frame for the process but the broader plan to boost nuclear power extends over the coming 15 years.

Africa’s most industrialised economy, which relies heavily on coal for electricity, has been grappling with power shortages that have curtailed economic growth, and the Treasury in October set aside 200 million rand ($13.14 million) to consider the costs, benefits and risks of building more nuclear power stations.

Yet the costs of nuclear power make it a controversial option.

Analysts estimate the nuclear project will cost as much as 1 trillion rand ($66 billion), sparking criticism from opposition parties of the expense and of construction agreements being made behind closed doors.

Former Finance Minister Nhlanhla Nene pledged that the nuclear programme would be transparent and his successor Pravin Gordhan has said his office would ensure that South Africa stuck to fiscal prudence, including on any deals relating to the building of nuclear power stations.

In Sunday’s statement the department of energy said it was committed to cost effectiveness and transparency, adding it would ensure that the process is done within the government’s fiscal policy framework.

South Africa is the only country in Africa with a commercial nuclear power plant. Two reactors located at the Koeberg nuclear power station account for around 4% of the country’s electricity production.