Algeria: President Tebboune to visit France in May 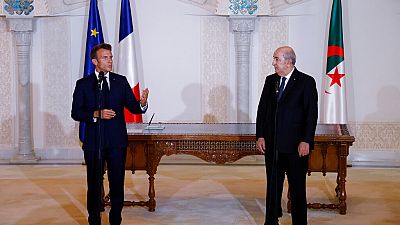 Algerian President Abdelmadjid Tebboune and his French counterpart Emmanuel Macron agreed on Sunday to schedule Tebboune's state visit to France "for next May", during a telephone interview, according to the Algerian presidency.

The two presidents discussed "questions relating to bilateral relations and the state visit of the President of the Republic to France, agreeing to schedule it for next May," the presidency said in a statement.

In an interview with the Algerian writer Kamel Daoud published on January 11 by the weekly Le Point, Mr Macron said he hoped to welcome Mr Tebboune to France in 2023 to continue the work of memory and reconciliation between the two countries.

At the end of December, Mr Tebboune welcomed the new "relationship of trust" between France and Algeria, four months after Mr Macron's visit to Algiers and announced a state visit to France in 2023, in an interview with the French daily Le Figaro.

The two heads of state had relaunched bilateral cooperation in a joint declaration signed with great fanfare at the end of August, paving the way in particular for a relaxation of the visa regime granted to Algeria, in exchange for increased cooperation from Algiers. in the fight against illegal immigration.

The question poisoned the bilateral relationship after Paris had halved in the fall of 2021 the number of visas granted to Algeria, deemed not quick enough to readmit its nationals expelled from France.

But the case was settled in mid-December when France announced, through its Interior Minister Gérald Darmanin, a return to normal in the granting of visas to Algerian nationals, after a similar decision. for Tunisians and Moroccans.

The memorial question around French colonization (1830-1962) and the bloody war of liberation (1954-1962) had caused a serious quarrel between the two countries in the fall of 2021, after remarks by Mr Macron on which he had then made amends. 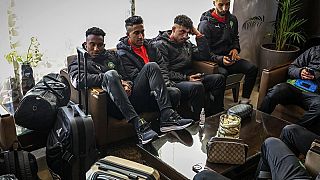 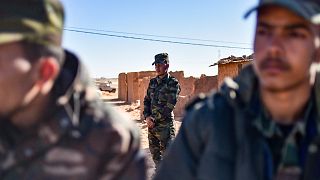