Who are the 7 Africans on the list of 200 greatest singers of all time? 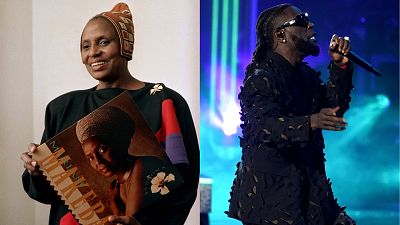 Africa has shined throughout the decades with its music legends. American magazine Rolling Stone published earlier this week its lists of those it considered the 200 greatest singers of all time. A few African artists were featured. Here they are.

Rolling Stone's 200 greatest singers of all time ranking was compiled by the magazine’s staff and key contributors. The publications attempted to cover 100 years of pop music.

Including singers from all over the world in such a long period did come with its challenges though. When the list was first unveiled many fans felt it did not do justice to their idols.

Taking to Instagram, Rolling Stones insisted it was the "greatest singers list" and "not the greatest voices list." It then added that: "What mattered most to [us] was originality, influence, the depth of an artist’s catalog, and the breadth of their musical legacy."

In addition to that timeframe, the magazine also restricted its lists to "pop music" in order to feature almost exclusively artists with "significant careers as crossover stars making popular music for the masses."

Another Nigerian comes at the 188 place. (Drumroll, please) it's the father of Afrobeat. **Fela Kuti'**s political commitment and his "commanding", "direct" and "firm" tone were honoured. In the 1970s, his politically-charged nightclub in Nigeria, The Shrine, became a beacon for global stars including Stevie Wonder and Paul McCartney.

One of the kings of Congolese music was ranked 178th best singer of all time. DRC's Tabu Ley Rochereau is renowned for his great contribution to Rumba music style and his involvement in the African Fiesta National band. Rolling Stone mag lauded his "tenor" whose notes appeared "to float hypnotically in the air" and an "almost startlingly sweet" voice.

Mahlathini AKA The Lion of Soweto was a South African singer. He's the first of two Rainbow Nation artist featured. He took the 153th spot. Mahlathini  is recognized for his huge contribution to mbaqanga music. During the 1980's he would perform with the Mahotella Queens, a popular girl's band who'd been in activity for decades. Rolling Stone lauded the "cloud-rattling basso profundo groan" with which Malhathini always had an "incisive sense of what to do with."

A 'Star of Dakar' artist to represent Senegal in the last 70. Sitting at the 69th place, Senegalese pop star Youssou N'dour has throughout the years combined his countries Mbalax with samba, jazz, soul and even hip-hop. The American magazine highlighted the "commanding" and "sky-high tenor" of his.

Nicknamed in turns "The Star of the East", "The Fourth Pyramid of Egypt", "The Lady" and "The Voice of the Arabs" Umm Kulthum comes at the 61th spot. The diva acquired for herself the stature of a symbol in her country and that of an icon around the Arab-speaking world. Her "potent contralto" which " conveyed breath-taking emotional range in complex songs" was distinguished.

"Pata Pata" singer and one of Africa's "Mama"is the last voice from the continent featured on the Rolling Stone list. South African Miriam Makeba is ranked 53rd. The singer's abundant "vocal personality" was acclaimed. Her presence, alternatly "playful, sturdy, supple, and sharp" will never be forgotten. The anti-Apartheid activist toured the world to shed light on the plights of many of her contaporary, always one song at a time. 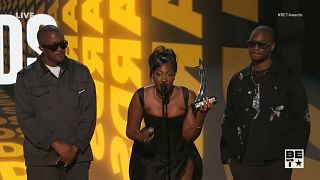 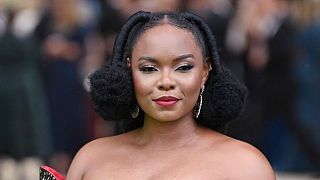 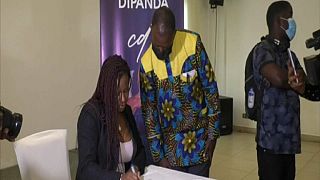