In the Moroccan city of Sale, people are putting their worries about inflation and the high cost of living aside, in order to enjoy their country's World Cup semi-final tie against France on Wednesday.

But the country's successes in Qatar appear to have calmed tensions.

"Despite the drought and soaring prices in Morocco, when it comes to football, we must celebrate with our team," added Mounir, a shopkeeper.

Hit by the pandemic and inflation, millions of Moroccans slid back into poverty, the government’s high commission for planning said in a recent report.

The kingdom has responded by expanding medical coverage, with more than 10 million low-income citizens enrolling in recent weeks.

This is the first time Morocco is playing in a World Cup semi-final.

"In order to allow the many Moroccans wanting to support the national team at its peak and experience the emotion of the World Cup semi-final, Royal Air Maroc has set up an air bridge between Casablanca and Doha," the firm said in a statement on Monday.

Morocco beat Cristiano Ronaldo's Portugal 1-0 on Saturday, becoming the first African or Arab team to qualify for a World Cup semi-final and sparking celebrations across the Arab world.

The North African kingdom's airline called it a "historic qualification" and said jumbo jets would operate the 30 return flights leaving on Tuesday and Wednesday in time for the match.

Fans had earlier complained online of hiccups at an overcrowded airport in Casablanca, Morocco's economic capital, ahead of the Portugal clash.

Coach Walid Regragui, who took up the job just three months before the start of the tournament, has repeatedly called Moroccan supporters "the 12th member of the team". 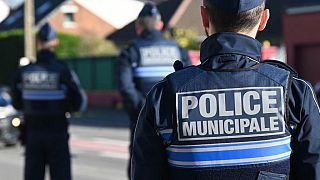