Liberian and US authorities have announced the seizure of 520 kg of cocaine estimated to be worth US$100 million.

The seizure took place last Saturday on the outskirts of the Liberian capital, Monrovia.

According to Monday's announcement, two men were arrested, one from Guinea-Bissau, the other a Lebanese national.

For several years, West Africa has been a transit zone for drugs produced in Latin America and destined for Europe.

Besides the US and Liberian authorities, the Brazilian law enforcement agency was also involved in the operation.

The US authorities did not confirm reports circulating in social networks that the drugs were stored in containers of frozen fish.

The authorities confirmed that investigations are still ongoing and that some accomplices were still at large. 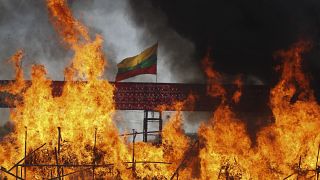