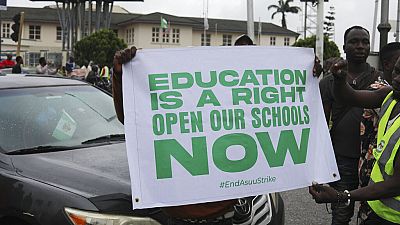 A Nigerian court on Wednesday ordered lecturers at public universities to call off a strike over salary issues that have dragged on for seven months and disrupted classes during the process.

The lecturers are demanding higher pay and several negotiations with the government have not yielded any positive results, which forced President Buhari's administration to approach the National Industrial Court.

Strikes over working conditions by public university lecturers are common in Nigeria and often go on for months.

In an interim ruling, judge Polycarp Hamman said the lecturers should go back to work until the case brought by the government was finalized.

Following this strike, Nigerian students on Monday (September 19) protested the strike deadlock that has shut the country's public universities causing frustration for an estimated 2.5 million students.

Lol govt. officials children are graduating in abroad, proudly taking pictures and posting it to your face ??‍♂️??‍♂️ while your own kids are at home because of Asuu strike doing nothing, looking hopeless ??‍♂️??‍♂️and you say you are campaigning and voting for who again? VOTE WISELY ?

They marched with placards and chanted songs urging the Nigerian government to carry out the demands of public university lecturers who have been on strike since February.

According to local media reports, Nigeria's striking university teachers say they will appeal to the National Industrial Court of Nigeria, which ordered the union to call off its ongoing nationwide strike and resume work.

the Academic Staff Union of Universities said its lawyers were already filing an appeal and urged its members to “remain calm”.

The government approached the court to stop the lecturers from continuing their strike after both parties failed to resolve their differences.

It said the strike would result in irreparable damage to Nigerian students and to the country if not suspended. 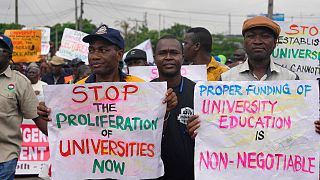 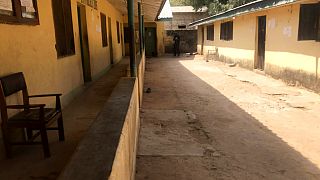