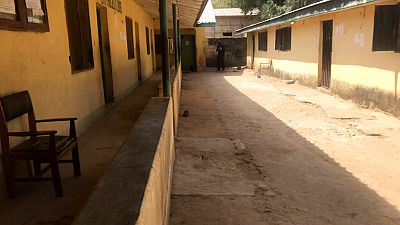 Thirty students who were kidnapped by a criminal gang more than four months ago in northwest Nigeria have been released, the local government said Thursday.

More than 1,000 students have been snatched since December in Africa's most populous nation by heavily armed gunmen known locally as bandits.

It was unclear if a ransom was paid.

Gunmen attacked the Federal Government College in Kebbi on June 17.

Police said at the time that the gunmen killed one security officer and injured a student, but declined to say how many were kidnapped.

"Efforts are still continuing to secure the release of the remaining (students)," Sarki said.

According to local residents, the attackers shot and injured five people, including four students.

They also ransacked the hostels and vandalised student personal effects.

But they have increasingly targeted schools, snatching students or schoolchildren and herding them into forest hideouts to negotiate ransom payments.

Most students are freed after weeks or sometimes months in captivity.

The gangs operate from hideouts deep in forests that cut across several northwestern states.

They have no known ideological motivation but concerns have grown of jihadist inroads in the region.

Security forces are battling a 12-year-old jihadist insurgency in the northeast of the country.

Boko Haram and Islamic-State aligned group ISWAP have killed more than 40,000 people and forced two million from their homes.

Violence in the northwest and central states has escalated in recent months, stretching security forces thin.

On Sunday, gunmen raided a village market in the northwestern state of Sokoto, killing 43 people.

After the attack, President Muhammadu Buhari said in a statement that "security forces will not relent in the current offensive to defeat these callous enemies of humanity."

Military operations against the gangs are underway in the northwest.

The army recently said it had "neutralized" more than 300 bandits and rescued nearly 200 kidnap victims.

"The bandits are currently under desperate pressures because of the intense and sustained air and ground operations against them," Buhari added.

To hamper communication between the groups, the authorities have also cut phone networks in parts of the region.

Since January 2020, about 50,000 people fled from their homes in the northwest alone, according to the International Organization for Migration.

More than 80,000 more people have fled to neighbouring Niger over the past two years. 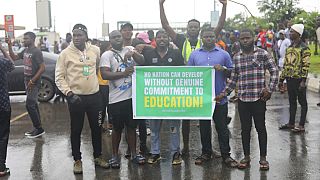