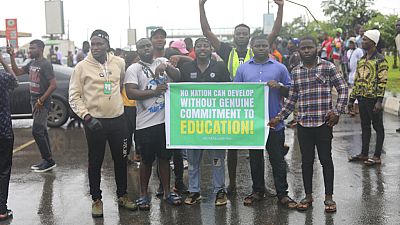 Nigerian students on Monday protested the strike deadlock that has shut the country's public universities for seven months, causing frustration for an estimated 2.5 million students.

They marched with placards and chanted songs urging the Nigerian government to carry out the demands of public university lecturers who have been on strike since February to demand improved working conditions.

University strikes are common in Nigeria with more than 100 public universities and an estimated 2.5 million students.

However, the latest is one of the longest in recent years. It was extended after talks between the lecturers and the government ended in deadlock.

A Nigerian court meanwhile continued Monday to hear a suit filed by the country's government asking it to compel lecturers to resume. The court is set to deliver its judgement on the case on Wednesday.

The National Association of Nigerian Students accused the country's government of "crass irresponsibility" over its failure to fulfil all the terms of an agreement signed with lecturers in 2009.

The students' body threatened to continue the protest for one week unless the industrial action is over.

The government has withheld the salaries of the lecturers for the period of the strike, causing more hardship for those who already were complaining of poor pay.

"Nigerian lecturers are far behind in terms of welfare when compared to others," said Femi Atteh, a lecturer at the University of Ilorin in northcentral Kwara state, who now works with his wife to run a retail food business. 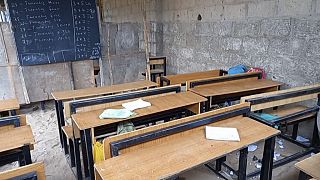