Basket fishing was once the lifeblood of the Wagenya community in northeastern DRC. But fish numbers in the mighty Congo river have dwindled in recent years, and the fishermen see little help from the government.

Many hope that tourism can help to fill the gap in earnings.

"Our works of art give value to the city of Kisangani, you should visit the Wagenya Falls, a symbol of the city, you have to experience this work (ed: art depicting ancestral fishing) which is recognized throughout the world", said Jonas Tshelikangoma, a young seller of Ilimo art.

The problem is the lack of infrastructure in a region where power supplies remain patchy and access is poor.

"To receive visitors? There are no conditions really, people may want to spend some time at the falls to rest or a holiday but there are no hotels, there are no restaurants, there are not many things", Augustin Tangausi, fisherman and member of the Binakulu clan.

At the beginning of the year, government officials visited the region and promised investments to attract tourists.

The governor of Tshopo province also promised that all the problems would be fixed.

It is a project which consists of modernizing the sites of the Wagenya falls, there will be a hotel which will be built and we will try to modernize the fishery."

"But as for basic infrastructure, that will be our battle, so that we have roads that will allow tourists to travel freely", said Madeleine Nikomba, Governor of Tshopo province.

Much of the DRC, one of the world's poorest countries, has crumbling or non-existent infrastructure due to mismanagement, successive wars, and chronic corruption. 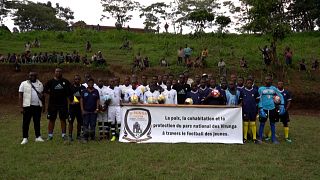 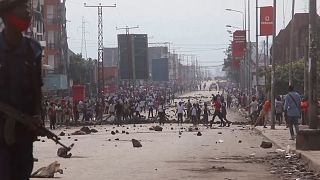