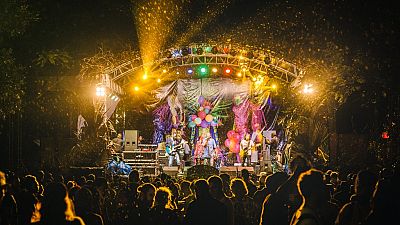 Uganda on Tuesday banned the Nyege Nyege festival electronic music festival, on grounds that it affects the morals of the children in the East African country.

The festival, which in previous editions welcomed some 10,000 people, including foreign tourists, was to be held for four days from September 15 in the town of Jinja (southeast).

However, a few days to the event, which has not been held for several years due to the Covid-19 restrictions, the Parliament announced on its Twitter account that it had "banned the Nyege Nyege festival".

The festival "promotes immorality and we do not want this immorality in our country," Rose Lilly Akello, the Minister of Ethics and Integrity, told reporters.

Her colleague in charge of tourism, Martin Mugarura, told AFP that the ban on the festival would have a negative impact on the economy, which is struggling to recover from the Covid-19 pandemic.

"More than 8,000 foreign tourists have already bought their tickets and were due to stay in the country during the festival, and even afterwards," he said, saying he hoped the authorities would reverse the decision.

The festival was previously banned in 2018 by former Ethics Minister Simon Lokodo, a devout Catholic and notorious homophobe. "We will not accept the loss of our morals, homosexuality will not be accepted," he said, arguing that the festival "is close to devil worship and therefore unacceptable".

The expression "Nyege Nyege" means an irresistible urge to dance in the Luganda language but can also have sexual connotations in other dialects of the region.

Homophobia is widespread in Uganda, where so-called "unnatural" relationships are punishable by life imprisonment under a law dating from British colonisation. Harassment and intimidation are the daily lots of homosexuals in this country where evangelical Christianity is particularly vehement towards the LGBTQ movement.

In December 2013, Uganda adopted a new law that punishes the "promotion of homosexuality" and makes it compulsory to denounce homosexuals. 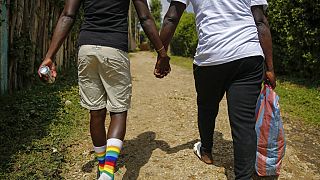