The new UNESCO data shows that 244 million children and youth between the ages of 6 and 18 worldwide are still out of school. UNESCO, calls for collective mobilization to ensure that the right of every child to access quality education is respected.

Out of the 244 million children aged 6 to 18, not in school, more than 40%, or 98 million of them, live in sub-Saharan Africa, including Nigeria (20.2 million), Ethiopia (10.5), the Democratic Republic of Congo (5.9) and Kenya (1.8), according to the United Nations Educational, Scientific and Cultural Organization.

While more girls are out of school than boys in 2000 (+2.5% in primary school, +3.9% in high school), the gender gap has "narrowed to zero", notes UNESCO, even if "regional disparities persist".

More than 400 million children did not go to school in 2000, according to the international institution, which welcomes the "progress" in this area over the past two decades, even if the pace has "slowed substantially in recent years.

With UNESCO’s help, 90% of countries have now set national benchmarks to assess progress toward quality education for all by 2030, including on out-of-school rates. 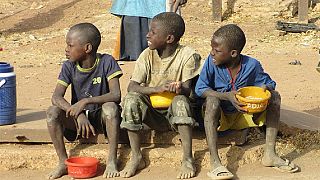