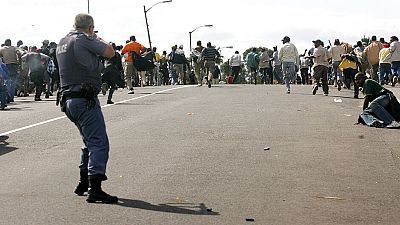 The Madagascar gendarmes confirmed being behind the killing of some 19 people when they fired on an angry mob trying to enter their barracks in the southeastern part of the island on Monday, following a murky case of abduction of an albino child.

"Nineteen people lost their lives and 21 injured are still being treated" at the hospital in Ikongo, where the incident took place, they said in a statement.

The head doctor of the local hospital, Dr Tango Oscar Toky, contacted by AFP on Tuesday, confirmed the death toll.

The gendarmes, who say that calm has now returned, had announced on Monday an initial death toll of 11.

Since last week, the commune of Ikongo, immersed in the mountains and about 350 km from the capital Antananarivo, has been in shock: a child, an albino, has disappeared and the authorities suspect an abduction.

In this large southern African island, people with albinism are regularly the target of violence, often linked to certain beliefs.

More than a dozen kidnappings, attacks and murders have been reported in the past two years, according to the United Nations.

- It could have been prevented" -

After the child's disappearance, four suspects were arrested by the gendarmes and detained in the Ikongo barracks.

However, angry residents wanted to take justice into their own hands.

They went to the gendarmerie barracks on Monday and demanded that the suspects be handed over to them, Jean Brunelle Razafintsiandraofa, a district deputy, told AFP.

According to a gendarmerie source on the scene, at least 500 people arrived, some of them with "white weapons" and "machetes".

A security perimeter was then set up, and the gendarmes tried to lower the tension to "avoid a bloodbath", explained Commander Andry Rakotondrazaka at a press conference on Monday.

He then spoke of "provocations", people armed with "long-bladed knives and sticks", as well as stone-throwing. Then the crowd tried to cross the security perimeter.

"But, as a last resort, they "had no choice but to resort to self-defence", explained the gendarmerie commander.

They "fired on the crowd", said Razafintsiandraofa, who said he would call for a parliamentary enquiry.

The Malagasy police force is regularly criticised by civil society for human rights violations, which are rarely prosecuted. 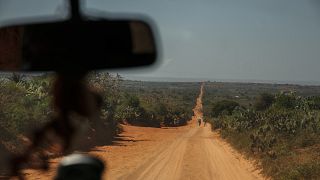