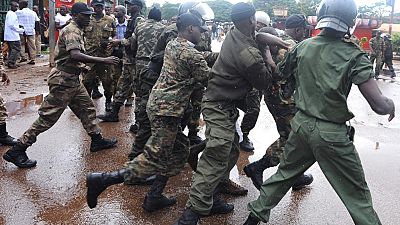 A forum initiated by Guinea's ruling junta to overcome divisions from a troubled past recommended Wednesday that trials for political violence in recent decades be swift and a truth commission set up.

The head of the junta, Colonel Mamady Doumbouya, the instigator of the "national conference" aimed at reconciling Guineans, promised to give "sympathetic attention" to the 45 recommendations submitted to him by the co-chairs of the national conference committee at a ceremony in Conakry. He did not commit himself further.

Colonel Doumbouya, who seized power by force in September 2021 and has since been inaugurated president, says that one of his priorities is to bring Guineans together.

Since independence from France in 1958, Guineans have been ruled by authoritarian or dictatorial regimes and experienced prolonged periods of repression and political violence such as the massacre in which soldiers killed at least 157 people, according to the United Nations, in a Conakry stadium in 2009.

The final years of Alpha Conde, the first democratically elected president, were troubled by protest and repression, which left dozens dead between 2019 and 2021.

The Guinean strongman reiterated on Wednesday that he intended to "heal the deep wounds and wounds" of a "painful past". To this end, he announced on December 31 that he would hold hearings, which began sitting in March and handed in their conclusions on Wednesday after having collected, according to their co-chairs, 4,796 testimonies.

These hearings were boycotted by a large part of civil society and the opposition, who refused to serve as a guarantee for what they considered to be an artifice. Critics also point out that a reconciliation commission had already studied the previous decades at length several years ago and had made recommendations.

The conferences recommend: the establishment of a "truth and reconciliation commission" (as has been created in various African countries), the annulment of all political convictions, the trial of all perpetrators of violence and human rights violations, including members of the security forces, who are regularly accused of impunity," said Archbishop Vincent of Conakry, who co-chairs the conference committee with Conakry's imam, El Hadj Mamadou Saliou Camara.