After an exceptional season, the writing was on the wall that Sadio Mané was going to win the African Player of the Year award, his second in history. And on Thursday he did.

Sadio Mané is more of a national symbol for the Senegalese whom he led to their first African Cup of Nations crown in February.

"It is really deserved and there's lots more to come because he is a very nice kid, modest and great footballer," said one man in Dakar, the Senegalese capital.

"He often faced a lot of criticism, but he always kept hope. He's worked hard and we've seen how important he's been in the Liverpool system. He's a guy that you can throw to the left, to the right, in the middle, you have to have qualities to be able to do all that work," said another man.

Mane was a key figure in the Senegal team that defeated Salah-captained Egypt in the 2021/2022 Africa Cup of Nations final and in a 2022 World Cup play-off.

He becomes the first Bayern Munich player to be voted African Player of the Year.

Senegal tactician Aliou Cisse was crowned Coach of the Year. 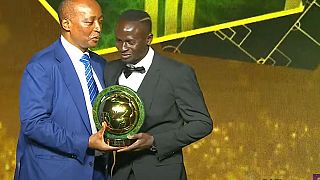 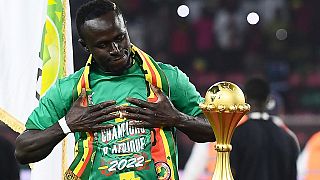 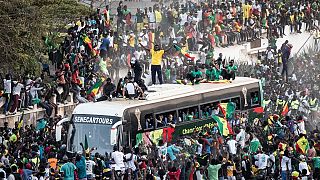