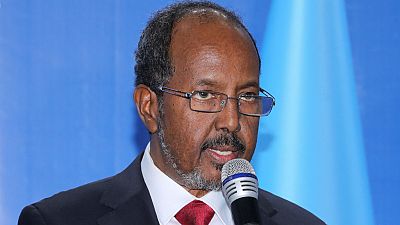 Somalia’s president Hassan Sheikh Mohamud says he would work to reunite soldiers, who had gone missing since completing clandestine training in Eritrea, with their parents, a day after wrapping up a four-day visit to Asmara.

This comes after almost a year of controversy over their possible deployment in secret to the war-torn Ethiopian region of Tigray.

The announcement was made by the new head of state, elected on 15 May, during a meeting with relatives of soldiers on Wednesday evening, the day after he returned from an official visit to Eritrea. During this visit, he visited training camps hosting Somali troops.

"I went there (to Eritrea) and as you can see from the pictures, I saw the boys. I am a parent, a father with children and a grandfather, so I know the pain of parents when they don't hear from their child," Hassan Sheikh Mohamoud said.

He said his government was working on the safe return of these soldiers but did not give timelines. He also did not mention their possible involvement in the war in Ethiopia.

The issue of Somali soldiers in Eritrea was a topic of controversy and tension during the term of his predecessor, Mohamed Abdullahi Mohamed, known as Farmajo.

On several occasions in 2021, families of soldiers demonstrated to demand information on the fate of their military sons of whom they had no news.

There were rumours that hundreds of them had died in the Tigray region, where they had been secretly deployed alongside Eritrean forces supporting the Ethiopian federal army in its fight against the Tigrayan rebels since November 2020.

In a June 2021 report, the Special Rapporteur on the situation of human rights in Eritrea also said that he had "received information indicating that Somali soldiers were transferred from military training camps in Eritrea to the front line in Tigray, where they accompanied Eritrean soldiers".

Opposition politicians, including Hassan Sheikh Mohamoud, had called on the government to explain.

The authorities had conceded that soldiers had been sent to Eritrea for training, particularly with a view to fighting the radical Islamists Shebab in Somalia, but denied any involvement in the conflict in Tigray.

During the transfer of power between Hassan Sheikh Mohamoud and Farmajo at the end of May, the latter declared for the first time that his government had sent around 5,000 soldiers to Eritrea for training.

He explained that their training had been completed last year but that he had decided to postpone their return to avoid interference in the fragile parliamentary and presidential election process then underway. 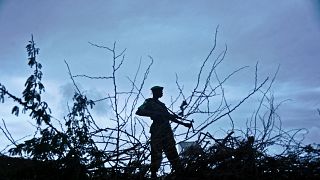 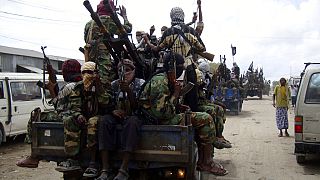 AU condemns deadly attack on army base in Somalia

AU condemns deadly attack on army base in Somalia