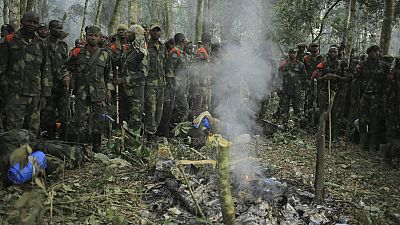 Allied Democratic Forces (ADF) rebels have killed 13 people and torched a clinic in the east of the Democratic Republic of Congo, local officials said Friday.

At the health centre in Lume, in the territory of Beni (North Kivu), four patients were burnt to death during the "incursion of the ADF enemies" who "set fire to the health structure", Kasereka Ise Mighambo, mayor of the Lume commune, told AFP.

The other victims are three children, who died when their house was burned, two young people shot dead and four other people who were in the path of the ADF, he said.

We have recorded "four deaths in the hospital and nine in the community", confirmed Kule Bwengue, a nurse at the health centre.

The attackers then retreated to Virunga National Park, which has become a haven for local and foreign armed groups that have been operating in the region for nearly 30 years, Kasereka said.

The army said, "nine compatriots were cowardly killed, including three children" in the attack, which it attributed to Mai-Mai Yira militiamen, a "proxy movement for the ADF terrorists", according to its spokesman in the region, Captain Antony Mualushayi.

The last major attack attributed to the ADF in Beni territory was on 25 June, when 14 civilians were killed in the locality of Mamove.

Since the end of November 2021, the Congolese and Ugandan armies have been conducting joint operations in the territory to neutralise the ADF, without success so far. 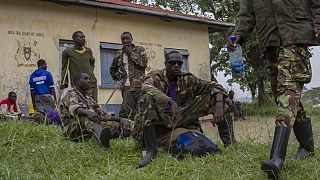