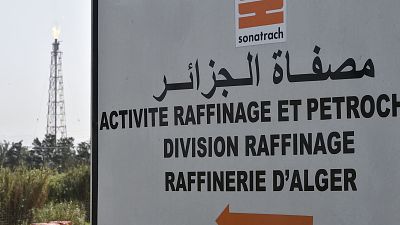 Spain has said it "does not want to fuel futile differences" with Algeria after Madrid changed its position regarding the Western Sahara and backed Morocco's proposal to grant it autonomy under its sovereignty. The assurance comes amid fears the row could impact energy supplies from Algeria.

Spain's foreign minister José Manuel Albares on Tuesday said the "sovereign decision was taken within the framework of international law".

It also comes as Algerian President Abdelmadjid Tebboune on Saturday vowed his country will not cut off energy supplies to Spain despite the diplomatic row over Western Sahara.

"We assure our Spanish friends, the Spanish people, that Algeria will never abandon its commitment to supply Spain with gas under any circumstances," Tebboune said in an interview aired on state television late on Saturday.

President Tebboune maintained that Algeria "has good relations with Spain", but the recent position of the Spanish Prime Minister Pedro Sánchez on the Saharan cause "changed everything."

In October, he had announced the end of the contract with Rabat that allowed the transport of gas to the peninsula through the Maghreb-Europe gas pipeline, one of the two energy supply routes to Spain from the North African country.

The pipeline crosses more than 500 km of Moroccan soil and the cessation of its operation has revealed a rise in tensions between the two countries against the backdrop of the Western Sahara conflict.

On the other hand, Spain reached an agreement with Rabat earlier this month to guarantee its energy security and to transport gas from the peninsula to Morocco via the same pipeline.