After the UNHCR, it is from the Church of England that condemnation came Sunday. In his Easter homily, the Archbishop of Canterbury Justin Welby deemed that "sub-contracting [The UK’s] responsibilities, even to a country that seeks to do well like Rwanda, [was] the opposite of the nature of God".

In the UK, critics are still pouring after the British government signed a deal with Rwanda to offshore asylum seekers.

In his Easter homily, the Archbishop of Canterbury Justin Welby said the UK was a nation "formed by Christian values" , therefore "sub-contracting out its responsibilities" was "the opposite of the nature of God".

The millions pounds scheme involves transporting people deemed to have entered the UK illegally to the east African country, where they will be allowed to apply for the right to settle. But it has faced widespread opposition since the countries signed last Thursday what they called an "economic development partnership" in Kigali.

The Home Office defended the plan, saying the UK had a "proud history" of supporting those in, adding Rwanda was "safe and secure" and would process claims in accordance with international human rights laws.

Rwandan foreign affair minister, Vincent Biruta said the partnership was built on the eastern African country’s record of hosting those fleeing conflict. Vowing the deal would ensure that migrants are protected and offered opportunities to live and work in alongside Rwandans, if they choose to settle there. 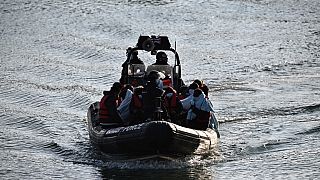 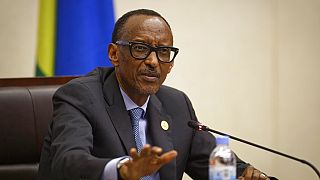