The March 23 Movement (M23) rebellion announced on Sunday its withdrawal from the villages that came under its control at the end of the week in the eastern Democratic Republic of Congo, saying in a statement it wanted "a peaceful resolution of the crisis".

The M23 rebel group who are fighting the Congolese army in eastern DRC said Sunday it wanted a peaceful resolution of the crisis.

To do so, the group announced its withdrawal from villages that came under its control last week.

By midday Sunday, however, it could not be established that the withdrawal was effective.

Calling the authorities to start a fruitful dialogue, the fighters also expressed their intention "to hand over to the Red Cross all [soldiers] of the Congolese army captured on the front line".

Raging fights resumed on Wednesday between the national troops and the M23 rebels after days of calm. The fighters took control of a dozen villages in the Rutshuru territory in North Kivu province.

Consequently, tens of thousands of villagers fled for their lives to the center of Rutshuru and to Uganda.

Also known as the Congolese Revolutionary Army, the M23 is a former Congolese Tutsi rebellion. It was defeated in 2013 by the army but re-emerged late last year, blaming the authorities for failing to meet commitments to demobilize its fighters. 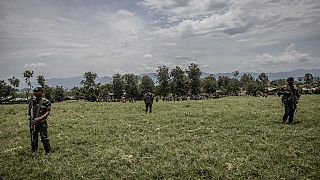 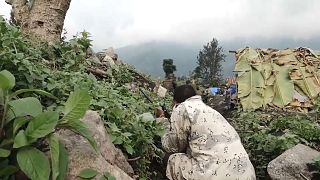