Somalia failed to complete elections for the lower house of parliament by the Tuesday (15th March) deadline, marking yet another delay in the electoral process that should lead to the appointment of a new president, which has been expected for more than a year.

The Somali government, which last month extended the deadline for completing the appointment of members of the lower house to 15 March, had made no announcement by early Tuesday evening.

On Tuesday, the federal states of South West and Galmudug concluded the election of their representatives, but 40 of the 275 seats in the lower house remained to be filled in three states (Jubaland, Hirshabelle, Puntland), according to an AFP count based on official data.

The closure of the lower house elections is a crucial step towards the election of a new president. Under Somalia's complex system, federal-state assemblies and delegates invested by a myriad of clans and sub-clans choose lawmakers who then appoint the president.

A troubled country in the Horn of Africa that has been facing an insurgency by radical Islamist Shebabs for 15 years, Somalia has been waiting for more than a year for a new head of state to be elected. President Mohamed Abdullahi Mohamed, known as Farmajo, has been president since 2017 and his term expires on 8 February 2021 without having reached an agreement with regional leaders on the organisation of elections.

The announcement in mid-April of the extension of his mandate for two years had triggered armed clashes in Mogadishu. In a gesture of appeasement, Farmajo had charged his Prime Minister, Mohamed Hussein Roble, with organising the elections. But tensions between the two men escalated afterwards, delaying the process.

Elections to the upper house were completed by the end of 2021. In early January, Mohamed Hussein Roble and regional leaders reached an agreement to complete the election cycle for the lower house, which began in November, by 25 February. Farmajo had stated his support for the agreement.

The repeated postponements are of concern to the international community, which believes that they distract the authorities from issues crucial to the country, such as the Shebab insurgency. After the 25 February postponement, the United States announced visa restrictions against key figures accused of "undermining the democratic process in Somalia".

A few days earlier, the International Monetary Fund (IMF) told AFP that financial aid to the country, scheduled to end automatically in May, was at risk if a new government was not appointed by then.

The UN, through its envoy in the country James Swan, also called on the authorities "to speed up and conclude quickly" the elections to the lower house. 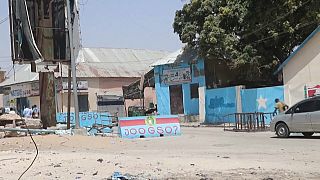 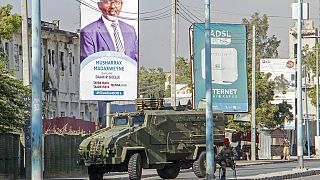