I decided to freeze my eggs": this announcement of the singer Nermine Sfar, Tunisian star of social networks, triggered a debate in the country where women are calling for the liberalization of this practice outside medical indications.

Ms. Sfar, 31, advises single women busy with studies or professional careers to preserve their fertility so that one day "they realize their dream of being a mother.

In Tunisia, the legislation only allows the use of this technique for married women or single women "undergoing treatment or preparing to undergo an act that may affect their ability to procreate," including chemotherapy. This is not the case for the singer.

The operation consists in taking oocytes, freezing them and storing them in liquid nitrogen for a later pregnancy. In Tunisia, the storage is fixed by law to five years, renewable after written request of the patients.

The singer's statement triggered a debate on social networks and in the media about the need to broaden the application of the law.

Some Internet users considered this issue secondary in a country in political and economic crisis, but others stressed its importance in a nation that is a pioneer in the Arab world in terms of women's rights.

"In Tunisia, there are unfortunately frozen brains and laws," said one user.

For the feminist Yosra Frawes, Nermine Sfar has "democratized a subject rarely raised in the past in Tunisia, because civil society was preoccupied with other issues.

"Thanks to social networks, there is a liberation of speech, topics that were taboo are democratically debated" today, she tells AFP.

For two years, Nayma Chermiti, 40, a local TV columnist and director of the news website Arabesque, has wanted to freeze her eggs.

"I find no logic in this frustrating law that excludes the single woman, in good health, but who has professional responsibilities and financial constraints that push her to delay her project of marriage and pregnancy," she laments.

Ms. Chermiti also regrets the "lack of mobilization of civil society to push the legislator to revise this law enacted 21 years ago, which does not correspond to the evolution of women and their responsibilities.

"There is a pressing demand from young single women, almost every day," confirms to AFP Dr. Fethi Zhiwa, head of the Unit of in vitro fertilization at the Aziza Othmana Hospital in Tunis, specializing in the freezing of gametes.

This demand "has accelerated in the last five years due to the evolution of Tunisian society where the average age of marriage for women is 33 years," he explains.

- "Downstream of the religious -

"This is 15% of our activity, which is not negligible. Since 2014, nearly a thousand patients have frozen their oocytes, of which more than 80% were single," says Dr. Zhiwa.

The revision of the law that frames this practice would be "quite simple. There must be a political will, especially since we have the endorsement of the clergy (...) their only concern is to ensure that there will be no exchange or donation of gametes," he said.

Dr. Zhiwa, who helped draft the law, says the 2001 law is "a victim of its earliness. At the time, it was far ahead of its time, especially compared to neighboring countries.

It was only in 2019 that a law on medically assisted reproduction for married people was adopted in Morocco.

The freezing of oocytes in singles is allowed in case of pathology such as cancer, says Professor Jamal Fikri, vice president of the Moroccan College of Fertility.

But for the "societal preservation" of fertility, "people who have the means go abroad, as for egg or sperm donations", he believes.

In Algeria, there is no law governing this practice, which is only allowed for married women who sign a contract with the clinic.

In Libya, fertility preservation for single women does not exist, according to several doctors. 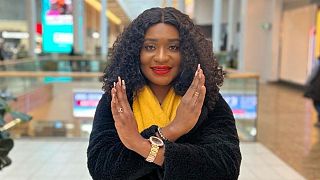