President Macky Sall hosted his Turkish counterpart on Monday. On an official state visit, Recep Tayyip Erdogan was accompanied by a large business delegation. And for good reason, trade was on the agenda of the leaders discussion.

During the Senegal-Turkey business forum in Dakar organised, both presidents celebrated their cooperation. In 2018 they had agreed on a 400 million dollars trade volume, an objective that was accomplished.

"I am satisfied with the political relations and economic cooperation between Turkey and Senegal. These are long-standing relations with a solid and diversified legal framework that touch on areas as varied as political consultations, infrastructure, energy, agriculture, education, water, transport, environment, industry, trade, culture and defence", president Sall said.

Even the epidemic has not slowed the cooperation between the countries."Our bilateral trade volume in 2021 increased by 42% compared to the previous year and exceeded 540 million dollars. Our goal is for that figure to reach 1 billion dollars."

As Turkish president's visit drew to an end, Senegal and Turkey signed five new agreements including one on security.

Following his visit to DRC and Senegal, Erdogan will head to Guinea Bissau on Thursday. 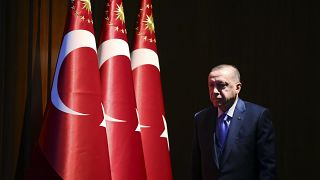 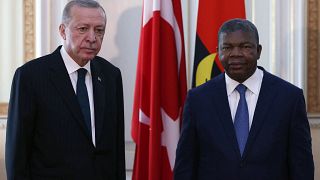