Kenya’s ambassador at the U.N. Security Council said it was gravely concerned with recent Russia's announcement.

Kenyan Ambassador Martin Kimani drew parallels to African history and spoke about nations in Africa that had their borders drawn by distant colonial powers.

"Kenya is gravely concerned by the announcement made by the Russian Federation to recognize Donetsk and Luhansk regions of Ukraine as independent states. In our considered view, this action and announcement breach the territorial integrity of Ukraine," Ambassador Kimani said.

Putin's directive came hours after he recognized two separatist regions in Ukraine in a rambling, fact-bending discourse on European history. The move paved the way to provide military support.

Kenyan Ambassador Martin Kimani drew parallels to African history and spoke about nations in Africa that had their borders drawn by distant colonial powers.

"Our borders were not of our own drawing. They were drawn in the distant colonial metropoles of London, Paris and Lisbon with no regard for the ancient nations that they cleaved apart. .... At independence,-- had we chosen to pursue states on the basis of ethnic, racial or religious homogeneity, we would still be waging bloody wars these many decades later. .....Rather than from nations that looked ever backward into history with a dangerous nostalgia. ...."We chose to follow the rules of the Organization of African Unity and the United Nations Charter. Not because our borders satisfied us, but because we wanted something greater, forged in peace," said Kimani.

A vaguely worded decree signed by Putin did not say if troops were on the move, and it cast the order as an effort to “maintain peace.”

The move paved the way to provide them military support, antagonizing Western leaders who regard it as a breach of world order and set off a frenzied scramble by the U.S. and others to respond. 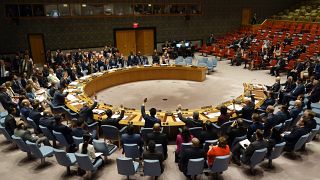 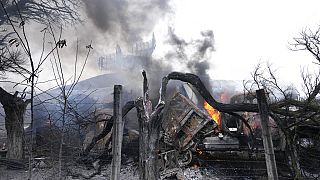