Peter Utaka is still the talk of the town. The 38-year-old Nigerian striker, who has been exiled to Asia for the past ten years, is having a ball in the land of the rising sun.

On Friday, he celebrated his Kyoto club's return to the Japanese top flight by scoring the only goal of the game against Urawa Red Diamonds in the opening round of the J-League.

The former international, who won 7 caps and scored 3 goals for the Super Eagles, has been playing in Asia for a decade.

He has two seasons of over 20 goals with Kyoto. He finished top scorer in the league in 2016 with Hiroshima.

Younger brother of John Utaka, he landed in Europe at only 16 years old (Dinamo Zagreb) before multiplying his goals in Belgium (second top scorer in 2008) then in Denmark (top scorer in 2010). 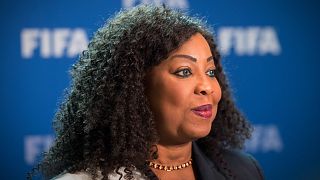