Liverpool striker Sadio Mane has been cleared to play in Sunday's Africa Cup of Nations quarter-final against Equatorial Guinea.

The Senegalese collided with Cape Verdean goalkeeper during the round of 16-game. If he stayed on the pitch and scored the fixture's opening goal, he eventually headed out looking a bit groggy.

"Sadio is fine, he resumed training on Friday, Aliou Cisse, the Senegal Head Coach said. Yesterday's session went rather well, it's reassuring and we hope to get him back for the match."

Sunday will also see Morroco play 7-time champion Egypt. In the North African derby, the Atlas Lions who emerged first of group C, will have much to do in order to defeat the Pharaohs. But they can still dream of a second Africa Cup of Nations. Their coach Vahid Halilhodzic counts on his squad’s zest and urge to prove themselves.

"It will be a tactical battle where the Egyptian team will have the advantage of experience, Halilhodzic predicted.They are a squad that is always well organised, with players who have had many experiences. Our inexperience may be a weakness but it can also prove to be a strength because my players are hungry, they want to show something.

On the Egyptian side, the players are in high spirits after a hard-fought victory over Ivory Coast. If their journey through the competition hasn’t always been very impressive, they know when to step up the game. And fortunately for them, the Liverpool striker Mohamed Salah is an asset.

Egypt will play Morocco on Sunday at 3 PM GMT in the Ahmadou Ahidjio Stadium of Yaoundé. On the same spot, Senegal will meet Equatorial Guinea at 7 pm GMT. 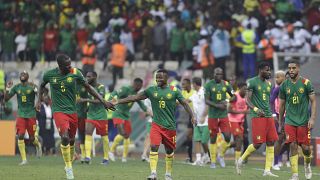