A Nigerian court on Wednesday ruled that the 2017 arrest of Nnamdi Kanu, accused of leading a secessionist campaign in the country's southeast, was illegal.

But the same court upheld the state's treason charges against Kanu.

It said Kanu's violent arrest in 2017 was an infringement on his rights. The court awarded $2.4 million against the government.

Last year, the leader of the Indigenous People of Biafra (IPOB) was extradited to Nigeria from London, where he had fled after being released on bail in 2017.

Kanu faces several counts of terrorism and treason. He denies the charges.

He is running a campaign on the platform of IPOB for the re-awakening of the Biafra Republic, a secession movement that led to a civil war in 1967-1970 to bring South East back under the control of Abuja.

The war caused the death of more than one million people.

Nigeria has blamed last year's attacks on police and security personnel on Kanu's separatist group, a claim the movement denies.

Discontent with Abuja is rife in the southeast over perceived marginalization and abuses by the oil industry. 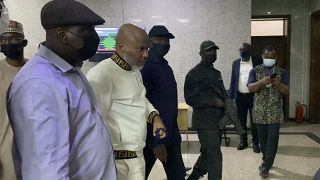 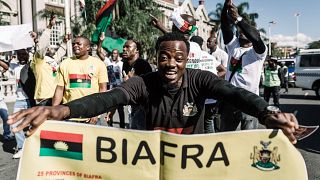