The leader of Western Sahara's Polisario Front Brahim Ghali says that the independence-seeking Saharawi army will continue attacking Moroccan positions in the disputed northwestern African territory unless a United Nations-appointed envoy is given a clear mandate to deliver on a self-determination vote.

At a rare news conference on Saturday, Brahim Ghali answered questions from local and foreign reporters in Rabbuni, the administrative seat of the self-appointed Saharawi Arab Democratic Republic of which he is the president.

Speaking to reporters, Ghali urged U.N. Security Council members to establish a clear mandate for the decolonization of Western Sahara and the organization of a referendum on self-determination at the council's scheduled meeting on Oct. 28.

"I think the practices of the Moroccan Kingdom and the complicity of the international community were wrong, and also the United Nations Security Council have to assume their responsibilities with what's happening now," Ghali said.

The United Nations considers Western Sahara as Africa's last territory to be decolonized, but its envoys have failed to set the stage for a referendum on its future since a cease-fire was signed 30 years ago between Morocco, which had annexed it in 1975, and the independence-seeking Polisario Front.

The conflict has received renewed attention due to growing frustration among the Saharawi people in refugee camps in Algeria, who are largely backing the resumption of conflict since November last year along a 2,700-kilometer-long wall.

The so-called "berm" built by Morocco cuts across the territory of the former Spanish colony, dividing the Moroccan-controlled areas and a thinner stretch controlled by the Polisario.

One month after the Polisario declared the end of the 1991 cease-fire on Nov. 13, 2020, the United States disregarded the U.N. efforts for a solution by backing Morocco's claim to sovereignty over the entire disputed territory.

Hostilities have remained at a relatively small scale, although Polisario officials arranged a trip this week for foreign media to witness an attack on a Moroccan army base near the Mahbas region, close to the intersection of Algeria, Morocco and Mauritania borders.

The attack with two ground missiles was responded from the Moroccan side with at least three rounds of mortars, although Saharawi officials were unable to immediately confirm whether Moroccan bases had received any damage.

Morocco has not declared the end of the cease-fire and has told the U.N. that it's only firing back for defensive reasons in response to attacks from the Polisario-controlled areas.

"The Moroccan Kingdom they denied war, they didn't recognize it. It's up to them,"Ghali said. "What I know is that the Saharawi army is waging a war against the Moroccan bases and that there is a war on a daily basis. On a daily basis."

The veteran Polisario founder, 72, also thanked Spain for granting him treatment for COVID-19 earlier this year, although he refused to clarify what were the circumstances in which he arrived in the European country.

The Spanish government's secretiveness over Ghali's treatment in a northern Spanish hospital triggered a diplomatic crisis with Morocco that included the sudden arrival of some 10,000 Moroccans to the Spanish enclave of Ceuta in northern Africa.

Troops of the Polisario Front movement have been patrolling the area around Mahbas, near the border between Algeria and Morocco as they fight for independence for the Western Sahara, a vast region that Morocco claims as its own.

On Thursday they were seen launching rockets towards Morocco, as part of their operations.

Hostilities have remained at a relatively small scale, although Polisario officials told The Associated Press earlier this week that at least eight of its soldiers have died in combat or retreating from attacks launched on Moroccan army positions along the border.

The leader of the Polisario Front, Brahim Ghali said the Saharawi army will continue attacking Moroccan positions in the disputed northwestern African territory unless a United Nations-appointed envoy is given a clear mandate to deliver on a self-determination vote.

The Saharawi have become a minority in the Moroccan-controlled part of the territory, where authorities have incentivized the establishment of Moroccan settlers.

Algeria has sheltered Saharawi refugees since Rabat's annexation of their homeland.

Residents of Bujador Refugee Camp marked a day of Saharawi unity earlier this week, which remembers the date when senior Saharawi tribal leaders and former members of Spain's colonial administration backed the Polisario's struggle for an independent state.

In their constant search for allies, both Morocco and the Polisario have sought to win diplomatic battles in the U.N. and with other stakeholders.

The Biden administration has not carried out actions to make effective on the ground the recognition of Morocco's sovereignty that former President Donald Trump announced by a tweet at the end of his mandate.

Meanwhile, a top EU court recently sided with the Polisario in recognizing that Morocco should not be considered the legitimate party with which the bloc should sign fishing and agricultural agreements involving the Western Sahara. 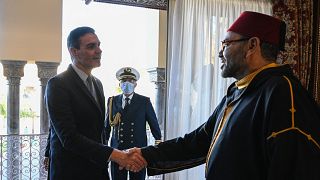 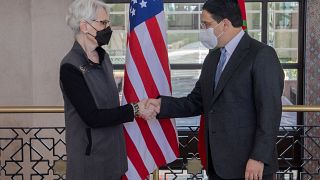