Libya called Monday on people to come forward to be vaccinated after it received two million doses of the Chinese vaccine Sinopharm, with more on the way.

"We call on all our fellow citizens to be vaccinated," Prime Minister Abdulhamid Dbeibah told reporters at Mitiga airport near Tripoli after the shipment arrived.

Adding to its security and political problems, the North African country of around seven million people has been hard hit by the pandemic.

Dbeibah, who heads a transitional government ahead of elections set for December, added that another 1.5 million doses of vaccine were expected "in the coming weeks".

Recently, it has seen an increase in daily cases of several thousand, partly because of increased testing.

Last Tuesday, a two-week overnight curfew aimed at halting the rise in new infections came into force in central and west Libya.

It does not apply in eastern and southern Libya, which are de facto controlled by military strongman Khalifa Haftar, despite the political and military situation improving. 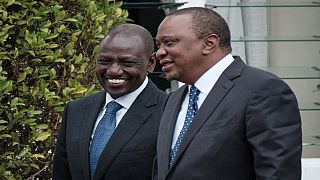