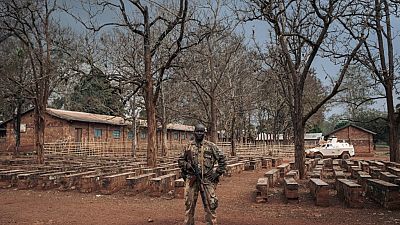 At least 14 people have been killed in clashes between herders and farmers in northeastern Central African Republic, near the border with Chad, which has been plagued by deadly conflicts between these communities.

"It all started from a misunderstanding between a farmer and a herder who brought his cattle to a field" in Tiri, Ibrahim Senoussi, mayor of this commune located more than 700 km from Bangui, told AFP. "The herds devastated the field and the crops" and the herder was killed after a violent dispute, he continued.

"In retaliation, the herders, who came from Chad, killed 14 people, including women and children. They burned more than 66 houses and granaries. Nearly 3,000 people fled their villages," said François Dieudonné Bata Wapi Yepi, prefect of the Bamingui-Bangoran region, noting that the attack took place on June 10. Two seriously wounded were taken to the hospital in Ndélé, about 80 kilometers from Tiri, according to a medical source on the spot.

Conflicts between farmers and herders are recurrent in the region, especially during the transhumance period.

The farmers accuse the herders of damaging their fields by grazing their animals. "We cannot continue to let foreigners come and kill Central Africans on their land," said the region's prefect, adding that soldiers from the Central African Armed Forces (Faca) would be deployed to secure the border between the Central African Republic and Chad, which has been closed since 2014.

Relations between Chad and the Central African Republic have been strained recently. In late May, according to N'Djamena, Central African soldiers "attacked" a military post on Chadian territory, killing one soldier on the spot and abducting five others, whom they "executed" in the CAR.