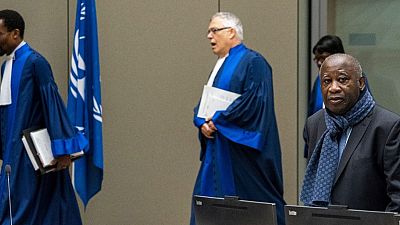 Former Ivorian President Laurent Gbagbo is expected to land in Abidjan on June 17 on a commercial flight from Brussels, where he has resided since his acquittal in late March of crimes against humanity by the International Criminal Court (ICC).

"President Laurent Gbagbo is expected to arrive in Abidjan on June 17. He will arrive on a Brussels Airlines flight at 2 p.m.," his spokesman Justin Katinan Koné told a news conference. He added, "Absent for ten years from Côte d'Ivoire, Laurent Gbagbo comes for peace and his wish is that everything takes place peacefully on his return."

According to his spokesman, the former Ivorian president's arrival symbolizes reconciliation and will reunite Ivorians.

"Preparations are well underway and the government has not placed any restriction. We are working according to the theme that we have set, namely a popular welcome," Kone said.

Negotiations on the conditions of his return after a ten-year absence have been taking place in recent weeks between Laurent Gbagbo's party and the government, which wants to avoid any chaos when he lands.

Gbagbo was acquitted by the ICC in 2019, and an appeal against that ruling failed in March, opening the way for his return.

Following the acquittal, President Alassane Ouattara authorized Gbagbo's return to the country by granting him the status due to his rank as former head of state.

Speculation of when that will be has been building for months, and his supporters say they want to welcome him in triumph.

But the government is in favor of a lower-profile return, wary of potential unrest if tens of thousands of his supporters turn out.

Communications Minister Amadou Coulibaly, who is also a government spokesman, said that in order to set a date "consensually... arrangements must be implemented," notably for Gbagbo's safety.

Gbagbo's refusal to concede defeat in presidential elections in 2010 triggered a showdown with victor Ouattara and dug a deep rift in the country along north-south lines.

He was arrested in April 2011 and transferred in November that year to the ICC in The Hague.

The pro-Gbagbo camp is portraying their leader as an elder statesman who can calm political waters that reached storm pitch last year.

Scores of people died in election-related violence after Gbagbo's erstwhile rival Ouattara announced he would bid for a third term in office -- a move that critics said breached the constitution.

Gbagbo's return will be the start of a "new phase", Assoa Adou said on Monday -- "an important phase for the future of Ivory Coast, the phase of reconciliation, peace, the reconstruction of our country". 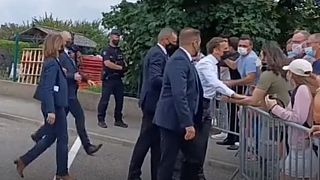 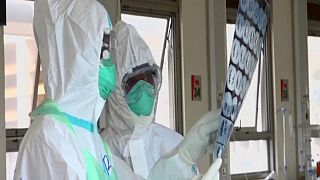