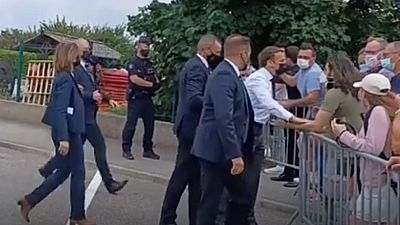 A French court has sentenced the 28-year-old man who slapped President Emmanuel Macron to 18 months in prison, 14 of which were suspended.

Despite the ruling, the man will only spend 4 months in prison after the court suspended 14 months from the ruling.

"The slap was absolutely inadmissible and is an act of deliberate violence," the prosecution argued before the court.

The man, named Damien Tarel, has been in custody since the incident on Tuesday.

The long-haired resident of the village of Saint-Villier, who has no fixed profession, is passionate about medieval history and martial arts and shouted an old royalist slogan as he struck the president.

His friend, named Arthur C., was arrested at the same time on Tuesday having filmed the slap, but will not be charged over the incident, the prosecutor said.

Damien Tarel, described by friends as usually shy and placid, also told investigators that he sympathized with anti-government "yellow vest" protesters and leaned to the right/far-right in his political views, but had no party affiliation.

Macron shrugged off the assault, calling it an "isolated event", and he has vowed to continue meeting voters despite concerns for his personal security.

Leaders across the political spectrum have shown rare unity in condemning the incident, with many seeing it as a symptom of the fraught political climate and declining public debate just weeks from regional elections and 10 months from presidential polls.

Macron, 43, whose personal ratings have risen recently, is expected to seek a second term next year. 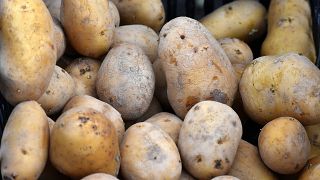 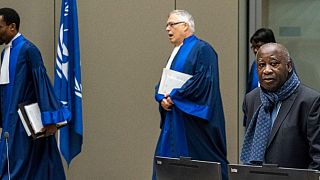