The deadly insurgency in northern Mozambique is posing a threat to other countries in the Southern African Development Community.

The economic bloc of 15 countries has discussed aims to ensure peace in Mozambique.

The president of Botswana, who was in Angola at the beginning of the week, told Euronews in an exclusive interview about the need for the countries of the region to get involved in the search for a common decision that would bind all the capitals.

"Botswana has the current Chair of the Organ, SADC Organ on the Politics, Security in the Region has conveyed meetings to discuss issues of instability in the Region, and more recently has concentrated on the situation in Mozambique," said Botswana's President Mokgweetsi Masisi.

"As you might know, the Cabo Delgado Province is under intense attack by insurgents who maim people, behead people, and commit very, very violent atrocities," he told Euronews.

"And the help we offer is the help that is wanted by Mozambique, besides a moral support we give they need capacity to fight the insurgency. So the SADC countries are being engaged Mozambique are helping to secure such.

"As we discussed with President Lourenço, we want to enhance cooperation in every space and the beginning point is to understand what the ecology holds, what the environment holds," said Masisi.

"We in Botswana have exploited the terrain and beauty provided by the headwaters from Angola in the Delta, in the particular ways, and it is up to Angola to see if that is what they want to do also, or do something else. As long as wherever is done is sustainable and does not bring harm to the Delta and the waters, we are fine.

"So, we have agreed to cooperate and collaborate. It’s really an open question of what can be done, in the context of the origins of the Delta, the Okavango Delta, waters beginning in Angola and in the KAZA zone.

"I am very glad and thankful to President Lourenço, because they declared 9 million hectares of Angola prime land to be part of a protected area."

A sector where the two countries can work together. The president of the country that produces the most diamonds in Africa says that a system of good governance is fundamental.

"I would like Botswana and Angola to move shoulder to shoulder in the area of the diamonds industry, and by then I mean the knowledge base, the technical competencies space, the ability to add value, the ability to market, and the ability to work the downstream, the cutting, polishing, marketing, retailing," said Masisi.

The president is also critical of diamonds produced in laboratories.

"A diamond is never grown in the lab that is very important perception to get. It is not a diamond. It will never be a diamond it is almost like fake news, so natural diamonds, which are used for good, are the best response that we can give. And, that is a narrative that we need to push together, not separate," he said. 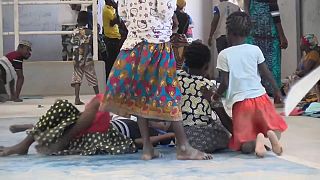 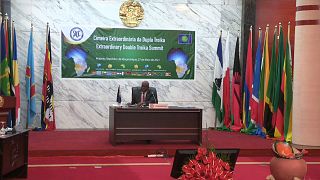