BAL: US Monastir, Patriots BC both qualified for the semi-finals 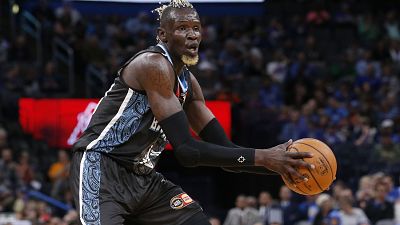 US Monastir continues cruising through the Africa Basketball League, as they head to the Final four.

The Tunisan side secured an easy win over Senegalese AS Douane, closing the half strong with a 14 points lead. They ended up winning 86-62, as AS Douane struggled to containt Monastir's strike force.

The tunisian side dominated the paint thanks to their big man Ater Majok. The former Lakers ended up being the best scorer of the night, with 17 points, 6 rebounds and a couple of big dunks and alley-oops.

AS Douanes's Cheikh Bamba Diallo tried to keep his team in the game. He grabbed 15 points and 2 rebounds, leading Douanes in a couple key plays. But the 25-year-old Senegales could not prevent his side from crumbling defensively, leaving the paint open for easy buckets.

Monastir will face off Kigali Patriots in the Semi Finals on Saturday, after the Rwandan side qualified in a game that went down to the wire.

After being neck to neck all game, the Patriots BC managed to fend off the Ferroviaro de Maputo, by only a two point margin in front of their home crowd.

Kenneth Gasana at the two guard (Shooting Guard) very much the man in form as he scored 23 points and grabbed 5 rebounds , as Patriots win 73-71.

The other semi final will see Egyptian Zamalek face off Angola's Petro Luanda.