A new deep-water port at the Kenyan island of Lamu welcomed its first ships Thursday, launching a potential trade corridor for neighboring countries despite local opposition.

The $3 billion Lamu Port is part of an ambitious $23 billion regional transport corridor known as LAPSSET, or the Lamu Port-South Sudan-Ethiopia Transport Corridor, launched nearly a decade ago, in 2012.

From the start, the 32-berth port has faced opposition from local businessmen who depend heavily on tourism and fishing, as well as from environmental groups.

The transport corridor is intended to ease the flow of goods between Kenya and its two northern, landlocked neighbors while easing congestion at Mombasa, East Africa's busiest port, further to the south.

"Lamu Port has the potential to become a premier transshipment hub for all cargo destined for the continent," Kenyatta said as the first two container ships ceremonially docked at the port's first completed berth.

"This port will connect South Sudan, Ethiopia, and Kenya. Eventually, it will connect northern Kenya to the Middle Belt of Africa which runs from Dakar, Senegal, in the west to Lamu in the east," he added.

Currently, there are few useable roads and no railways crossing the continent, but a route between Dakar, on the Atlantic Ocean, to Lamu, on the Indian Ocean, would have to pass through several impoverished countries mired in conflict.

Domestically, the port is the terminus of an infrastructure project designed to open up Kenya's long-neglected and isolated northern areas.

"Lamu Port is intended to serve the upper northern region of our country. The whole objective is to ensure the issue of marginalization is dealt with once and for all," Kenyatta said.

Much of the transformation promised by the vast infrastructure project remains to be realized, but the port has already angered some locals.

On Thursday, a group called Save Lamu accused the government of "acting in bad faith" and reneging on a promise to compensate fishermen for lost income and environmental damage caused by construction, in accordance with a 2018 High Court ruling.

"Promises of compensation for harms caused by Lamu Port date back to 2014," the group said in a statement. "Lamu's community is still waiting." 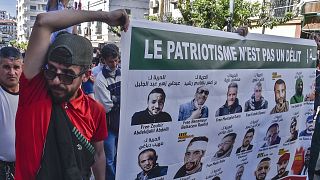 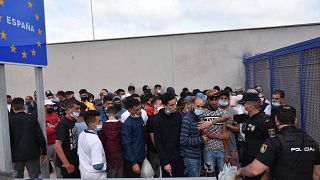