Madagascar received the first 250,000 doses of Covishield - the Indian version of the AstraZeneca vaccine - to fight a second wave that has overwhelmed health facilities.

After refusing the vaccine for four months, Madagascar finally agreed to receive vaccines under the Covax facility program, which provides free access to the vaccine for low-income countries.

The Indian Ocean island nation is struggling with burgeoning infections with nearly 9,900 cases recorded over the past month, of which at least 194 have been fatal.

The country of around 27 million people has so far reported 34,775 coronavirus cases, including 588 deaths.

The resurgence prompted President Andry Rajoelina to abandon a hard-line stance on vaccines and agree to a rollout.

Hanitrala did not specify the number of vaccines secured but said the supplies would be a combination of Oxford/AstraZeneca, Sinopharm and Johnson & Johnson.

The first jabs will be administered to health and police workers, he added.

"We need to establish a new strategy and organisation to confront this invisible enemy," Rajoelina said in an address to the nation on Sunday.

Government officials have become less vocal about the alleged virtues of a herbal infusion touted by the president as a coronavirus "cure" -- although it is still administered in hospital and distributed freely across the island.

The state has also made other medications such as paracetamol readily available and free of charge.

Hotels and schools are meanwhile being converted into field hospitals to accommodate surplus patients.

Rajoelina has also vowed to provide more oxygen to health centres running out of supply.

Information about the pandemic is rigorously controlled by the government.

An interministerial decree adopted on Thursday has banned radios and television channels from airing programmes and conversations that could "disrupt public order and security".

Only health ministry staff and some media houses are allowed to film inside Covid-19 wards.

AFP cameras have been denied access out of "respect for patients' rights", while state television broadcasts daily interviews with hospital staff and patients praising the health ministry's response.

The authorities have announced that Antananarivo will be placed under complete lockdown every weekend starting this Saturday. 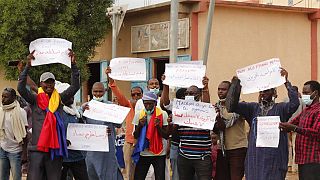 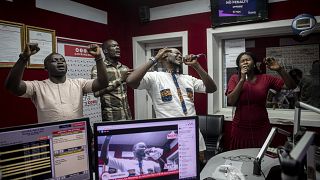