The Democratic Republic of Congo officially declared the end of the twelfth epidemic of the Ebola virus on Monday.

It comes three months after a resurgence in the east of the country in the North Kivu province.

"On this Monday, May 3, 2021, I am pleased to solemnly declare the end of the twelfth epidemic of the Ebola virus disease in the province of North Kivu in the Democratic Republic of Congo," said health minister Jean-Jacques Mbungani.

He said it is largely thanks to vaccines from the American laboratory Merck Sharpe and Dohme.

A total of 12 cases had been recorded, with six deaths and hundreds of people vaccinated since the resurgence of the epidemic on February 7 in North Kivu, the health minister said.

The World Health Organization raised the epidemic to emergency status, fearing it would spread.

The virus is mainly transmitted through bodily fluids and can cause symptoms such as fever, vomiting, bleeding and diarrhea.

Despite the announcement, the DRC's government has urged people to stay vigilant and maintain contact with surveillance teams who will continue to work with local health authorities in North Kivu.

The DRC has also been facing the Covid-19 epidemic since March 2019 with 29,965 cases and 768 deaths. A vaccination campaign is underway, which does not attract many people. 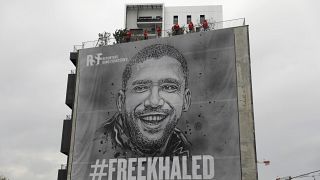