The participants in the international climate summit on Thursday and Friday were unanimous: fighting climate change will be good for global growth.

From US President Joe Biden to French President Emmanuel Macron and IMF head Kristalina Georgieva, they are calling for ambitious action - massive investment, high carbon taxes - to halt rising temperatures and put the planet on the path to prosperity.

What is the bottom line?

Climate change is a major threat to global growth.

The effects of climate change could result in a loss of up to 18% of the world's Gross Domestic Product by 2050 compared to an estimate without climate change, Swiss Re, one of the world's largest providers of insurance to other insurers, said in a report published Thursday.

Asian economies would be hardest hit, with China likely to lose nearly 24% of its GDP in a worst-case scenario, while the world's largest economy, the US, would lose nearly 10% and Europe nearly 11%.

The World Bank estimates that between 32 and 132 million more people could fall into extreme poverty by 2030 as a result of the impact of climate change.

What funding is needed for what benefits?

Last January, the International Energy Agency urged "decisive action" by 2030. It called for increasing the share of electric cars in annual sales from 3% to more than 50%; increasing low-carbon hydrogen production from 450,000 tonnes to 40 million tonnes and increasing investment in clean electricity from $380 billion to $1.6 trillion.

Leaders and institutions claim that these investments will create "millions of better-paying jobs", without precise figures.

What is the purpose of the carbon tax? Why increase it and what would be its fair price?

Ambitious taxation of the most emitting energies will encourage changes in consumer behaviour, encouraging them to consume less energy, to buy electric vehicles or more energy-efficient household appliances.

For the International Monetary Fund (IMF), the only way to effectively reduce carbon emissions sufficiently to limit global warming to 2°C above pre-industrial levels is to impose a "robust" carbon tax of $75.

"More than 60 pricing schemes have been implemented. But the average global price is currently $2 per tonne," Kristalina Georgieva said on Thursday.

She also called for the imposition of a "floor price" for this tax for the advanced G20 countries, but one that is "fair", i.e. "with prices differentiated according to their level of economic development".

A combined increase in this tax and investment in green infrastructure could also increase global GDP by more than 0.7% per year over the next 15 years, the Fund estimates.

What would be the impact?

IMF experts calculate that a carbon tax of at least $50 by 2030 for G20 countries, and $25 for emerging economies, would double emissions reductions compared to countries' current commitments.

The tax revenues raised will be substantial, ranging from 0.5 to 4.5% of national wealth depending on the country. They could be used to reduce other taxes (on income, etc.) or be redistributed to the poorest households.

How can poor countries be encouraged to make the green transition?

The IMF and the World Bank are considering the possibility of reducing the debt of poor countries in exchange for green investments. The aim is to make concrete proposals by the time of the COP26 climate summit in the autumn.

What about the Green Climate Fund?

The Green Climate Fund (GCF) is a financial mechanism to transfer funds from the most advanced countries to the most vulnerable ones in order to implement projects to fight or adapt to climate change.

The US wants to increase it next year by an additional $1.2 billion. 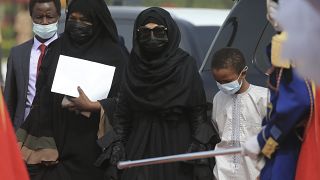 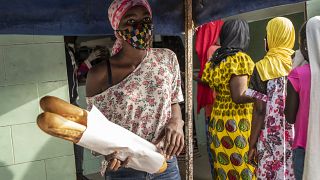