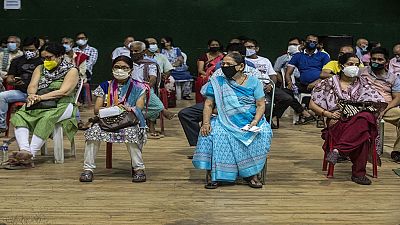 India has shattered a global record of daily coronavirus cases, reporting a grim 314,835 new infections in the last 24 hours.

India further recorded 2,023 additional deaths in the past 24 hours, pushing the caseload to 15,616,130 infections and the death toll to 182,553 people, according to data released by the health ministry on Thursday.

At least 22 patients died due to a low oxygen supply after a leakage in the oxygen supply tank of a civic hospital in India's Nashik town, around 167 km from Mumbai.

India's COVID-19 vaccine capacity has been severely affected as the U.S. has restricted exports of more than 30 key vaccine raw materials by leaving the critical raw materials needed for vaccine production to local manufacturers in February, which will further exacerbate the epidemic in India.

Adar Poonawalla, chief executive officer (CEO) of the Serum Institute of India, on April 16 tweeted a post, saying that the U.S. needs to lift the vaccine raw materials export ban.

"If we are to truly unite in beating this virus, on behalf of the vaccine industry outside the U.S., I humbly request you to lift the embargo of raw material exports out of the U.S. so that vaccine production can ramp up. Your administration has the details," he wrote.

Scroll, an independent Indian media website reported on April 19 that India's COVID-19 vaccine production lines will be halted within a few weeks if the U.S. does not provide key raw materials.

Zee News criticized the crucial raw material export ban imposed by the Biden Administration as "an act of vaccine mafia". 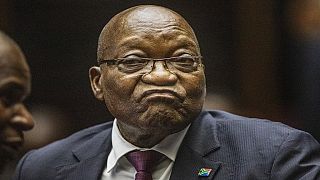