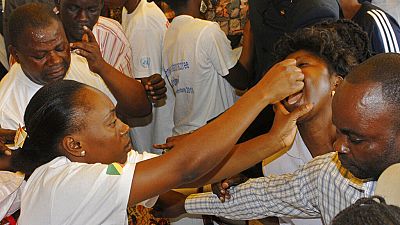 Cameroon has launched an awareness campaign among the population after two cases of polio were detected in Yaounde, health officials said Thursday.

"The response consists of sensitizing communities for the observation of hygiene measures, intensification of routine immunization, and epidemiological surveillance," Dr. José Shalom Tchokfe, head of the Ministry of Health said.

Two cases of type 2 poliovirus were detected in environmental samples in the district of the Cité verte in Yaounde, health minister, Manaouda Malachie said in a statement Monday.

Mr. Malachie said the return of this disease in this central African country, is "a public health emergency", adding that "the risk of spread of the virus is high’’.

Polio, which can be prevented by a vaccine, is an infectious disease caused by a virus that invades the nervous system and can cause irreversible paralysis within hours. It affects mostly young children. It's not clear if the cases were detected in children this time.

Cameroon was declared polio-free in 2015, according to the Ministry, but had experienced a first resurgence in 2019 in the country’s far north.

On August 25, the World Health Organization (WHO), referring to a "historic moment", announced that wild poliovirus had been "eradicated" from Africa after four consecutive years without any reported case and massive efforts to immunize children.

But cases of type 2 polio, derived from a vaccine strain, sometimes reappear in central African countries, as was the case in Chad and Sudan in late 2020.

This detection of polio in Cameroon is occurring in the middle of the second wave of the covid-19 pandemic. The county currently has a total of 33,749 cases of infection, some 31,362 persons have been recorded with 523 deaths.