Mourners paid their last respects on Tuesday to the Congolese driver killed in an attack against a UN convoy in eastern DRC this week.

Though the details of what exactly transpired are unclear, driver Moustapha Milambo Milambo was killed immediately, the World Food Programme said. The Italian ambassador to the DRC Luca Attanasio and Italian police officer Vittorio Iacovacci were fatally shot in an ensuing shootout.

In a modest wooden house located just a few blocks from the UN base in Goma, a group of women tried to comfort the widow of Milambo.

"We were surprised by this tragedy, we were struck by the fact that my husband left the house in the morning for work and then, we knew that he was shot dead," said Asina Selemani, wife of the driver killed in the attack against World Food Program convoy.

"We ask that the Congolese government help us."

Eastern DRC is plagued by rebel groups all vying for control of parts of the mineral-rich country in the heart of Africa.

"It is the responsibility of our government," said Moussa Mabange, head of the Muslim community in North Kivu province, where the attack occurred.

"Felix Antoine Tshisekedi, as president of the republic, the president and also the governor of our province have to see how to bring us peace, to secure our country so deaths like this do not happen anymore."

The UN has a peacekeeping mission and a number of programmes in the DRC aimed at stabalising and developing the country. 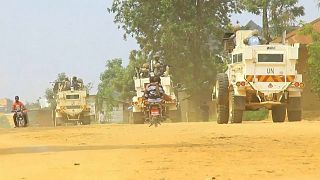 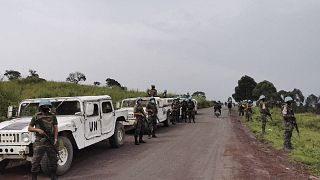