Thousands of protesters took to the streets of Algiers on Monday to commemorate the second anniversary of the Hirak movement, on the brink of a full-blown revival after a year of interruption brought about by the onset of the COVID-19 pandemic.

Demonstrations were also staged in other areas across the country — in Annaba, Oran, Béjaïa, Sétif, Bouira, Mostaganem, Constantine, Tizi Ouzou in addition to the capital city where events saw tension with authorities.

Tensions at the Protests

Police forces were deployed in the city centre and barricades were set up on several roads leading to the capital to prevent the activists from advancing towards the Grande Poste — the emblematic meeting place for Hirak. And some forceful arrests were carried out.

Nevertheless, reports on the ground say the demonstrations saw the most impressive procession in the capital since the suspension of the marches in mid-March last year.

The activists emphasised in chants that they showed up — not to celebrate but to demand the departure of the regime they have actively opposed over the last two years.

Launched on February 22 2019, Hirak — a peaceful movement staged by the people, pushed Abdelaziz Bouteflika to resign after a two-decade rule. And its members continue to call for the dismantling of the "system" in place since Algeria's independence in 1962

Hirak's anniversary comes after the recent decision of President Tebboune to pardon 60 jailed members — with almost 40 having already been released. 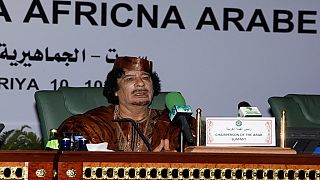