After thousands of protesters descended on the Mauritian capital demanding the government resigns, opposition leader Arvin Boolell and Labor MP told Africanews "democracy does not work" in the island nation.

The protest was less numerous than last August but on Saturday, thousands of Mauritians responded to the call of opposition parties alleging corruption and fraud by the government.

"Corruption and drugs are thorny issues, which the government is unfortunately unable to resolve," he said.

"Democracy does not work as it should, there is a problem with what is called the tyranny of numbers in parliament, there is the dimension of politics which has become the tool of the executive.

"So there are a lot of things wrong and people are fed up."

After the resignation of the Minister of Foreign Affairs on February 6, the opposition leader denounced the dysfunction of the country's institutions.

"If I take the words of the former Minister of Foreign Affairs, who has just submitted his resignation and who was also the general secretary of the Prime Minister's party, he said that the situation is extremely serious, that there is a dysfunction, that the institutions are padlocked and that the Prime Minister lives in an ivory tower, he is not accessible," Boolell said.

"The wish of the electorate is for Mauritius to return to what it has always been: a model of development, of peaceful co-existence, a model of ecology where life is good," the opposition leader said.

"And we are disappointed because we have a Prime Minister and a government that has failed miserably.*

In August, the island nation saw one of its biggest protests in 40 years when 25,000 people descended on the capital Port Louis.

They demonstrated against the handling and lack of transparency after a massive oil spill, which wreaked havoc on the country's pristine waters and hit tourism. 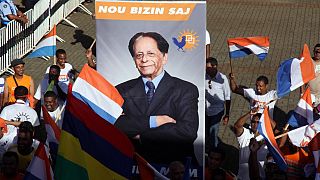 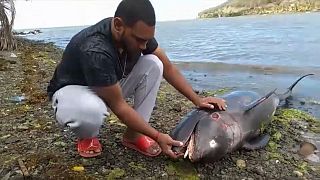 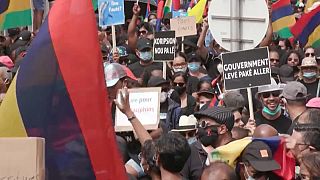