Al Ahly fan Ekarmy Ahmed is enjoying his club's progress in the Club World Cup in Doha, despite the fact he is blind.

The vision-impaired 31-year-old says he has been a fan of the Egyptian club since the day he was born, and although he can't see what happens on the pitch, with the assistance of his wife, Emane, he is enjoying every second of the competition.

The couple was in the Education City Stadium for Al Ahly's 1-0 victory over Al-Duhail that saw the Egyptian outfit progress to the Club World Cup semi-finals.

Emane described the action, while Ekarmy says he draws from the energy of the fans around him to help paint a picture in his mind of what is happening on the pitch.

Sadly for the pair, Al Ahly were beaten 2-0 in the semis by Bayern Munich, and so will play for third against Palmeiras on Thursday.

Then it is back to the day job for Ekarmy, who works for Qatar Social Centre for the Blind. 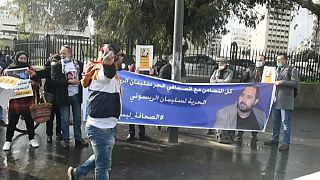 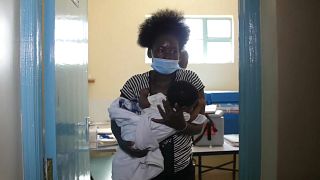 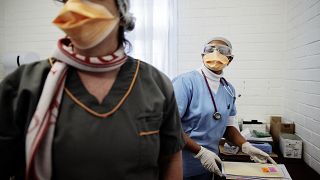